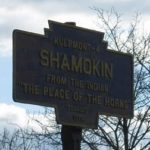 The name SHAMOKIN is a word in the language of the Delaware Indians which signifies “Eel Creek”.  Five nations of Indians occupied the Shamokin Indian Village at the confluence of the two branches of the Susquehanna River in what would later become Sunbury.

The town of Shamokin was laid out on March 1, 1835.  The town was formed in the true tradition of a Melting Pot. Immigrants who were English, Welsh, Irish, Italian, Polish, Lithuanian, and German came here. The city grew beyond mining to include bakeries, ice cream and dairy factories, F&S Brewery, Eagle Silk Mill, dress and hosiery factories, as well as movie theaters, an Opera House, corner store, churches, restaurants and bars to support the city. 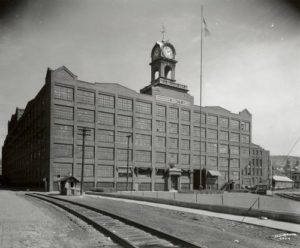 At its peak in the 1920’s, the combined population of Shamokin and Coal Township was 50,000 with the main industries being Coal Mining and silk from the J.H. & C.K. Eagle Silk Mills. At the 2010 decennial United States Census, the population was 7,374 residents. Approximately half what it was at the mid-century mark total in 1950.

The loss of much of the coal industry as the nation turned to oil as its primary source of energy, loss of the silk industry in favor of synthetic textiles that could be manufactured cheaper overseas, the great depression which began in 1929 and the loss of Shamokin’s two railroads has resulted in a decrease in the current total population of Shamokin and Coal Township to a little over 18,000.  Still, after an 80 year period of decline, the community seeks to find a turning a corner to recovery. 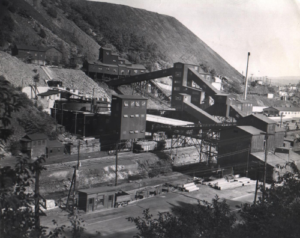 The first coal discovered in Shamokin was in the Shamokin Creek between what would later become Spurzheim and Clay Streets. John Boyd built a Quarry and mined 50 tons of the stone coal.  The coal was taken by horse driven carts to his farm near Danville and later loaded on to barges and sold 100 miles south in Columbia 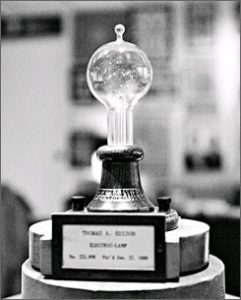 In 1881 Thomas Edison was made his home in the area and built his first Electrical Illuminating Company and the very first home, office and church were lit with 3 wire direct current system in the world. During his several years in the city he made many friends and connections that were maintained for the rest of his life. Other notable celebrities in our town included Groucho Marx, Walt Disney mentioned Shamokin in a song sung by his character Waldo and a lady from Brady (Ranshaw, PA) sang the theme song from the TV SHOW FELIX THE CAT? Her name was Ann (Anna) Barni Mikulec AKA Ann Bennett. Ann was also big band singer. Mrs. Mikulec was born in Ranshaw, PA and died November 7, 2013.

This community continues to be one that can be proud of its friendly citizens and willingness for neighbors to help each other through difficult times. 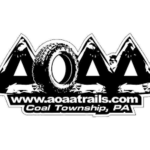